Today we want to play Tombola with you!

From north to south, in Italy, Tombola is the Christmas game par excellence. Protagonist of family long evenings where both adults and children gather to spend a few hours in joy.

Have you ever heard about?

Tombola is very similar to bingo, very popular in Anglo-Saxon countries, but with a most ancient and curious story, that now we try to tell you. 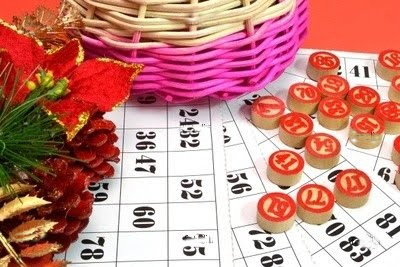 According to the tradition, in 1734 the king of Naples, Carlo III of Borbone, and the Dominican friar Gregorio Maria Rocco had a small dispute.

In fact, at that time the game of Lotto was particularly widespread throughout South Italy, especially in Naples. The king wanted to make it legal so that he can collect as much money spent on gambling, while the friar objected by stating that the legalization of gambling would lead the faithful away from prayer.

The king had the upper hand, however, he found a way to make arrangements with the friar. He decided that the game would be suspended during the Christmas season, so it does not subtract the faithful to their religious duties.

But the Neapolitans were not willing to give up the fun and they continued to play the lotto, even during festivities, with family, clandestinely. 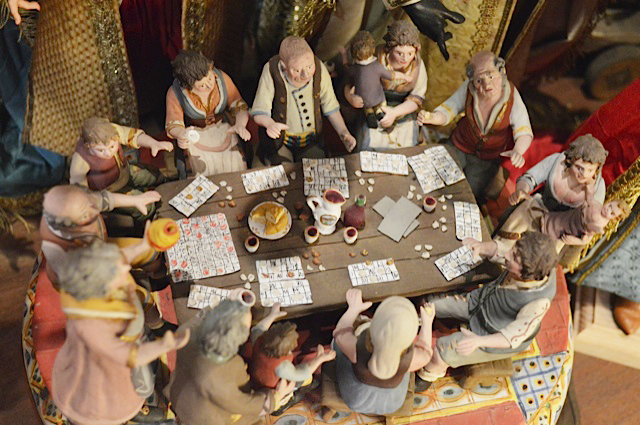 The 90 lotto numbers were thus put in the so-called “panarielli” (special wicker baskets) and were invented the “cartelle“, the cards on which were painted the numbers to take into account the extractions.

The name of the game changed in Tombola but the etymology is uncertain. According to some, the name would derives from “tumbling” (spinning or tumbling the numbers in the basket), according to others would result from the word “tumulus” for the pyramid shape of the baskets of the time.

The tradition of the tombola is also linked to Smorfia, a system that associates each number to one specific meaning. Some date it back to the Jewish cabal.

Smorfia in Italian means “facial expression” like the one used from comical actors. This word with the article has a second meaning, in Italian and that is the book on the art of foretelling lottery numbers by dreams or situations linked to numbers that are also the probable winning numbers for lottery.

The Smorfia has ancient origins and there are several theories on it. Someone says that it comes to us from Hebraic Cabala. Other theories say that it was born from a human necessity to give a meaning to all things of the life and also to the immaterial and mysterious dreams. The link with dreams is probably the reason why some academics thinks that the word comes from Morpheus the god of sleep, referred to the dreams. 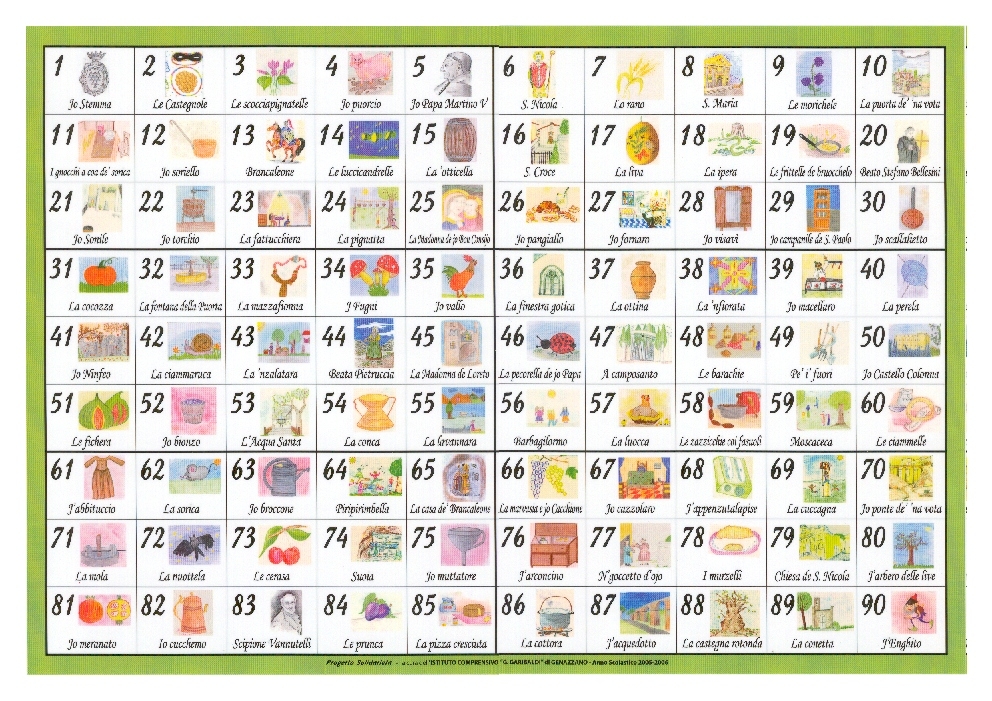 Initially it was made only with pictures for illiterates, then it became a sort of dictionary.

This old tradition is still living to day above all in particular situations like to play Lotto or Tombola during Christmas time when someone repeats the called numbers associated to their funny meaning.

How about that? Do you want to play tombola for a full-immersion italian Christmas? 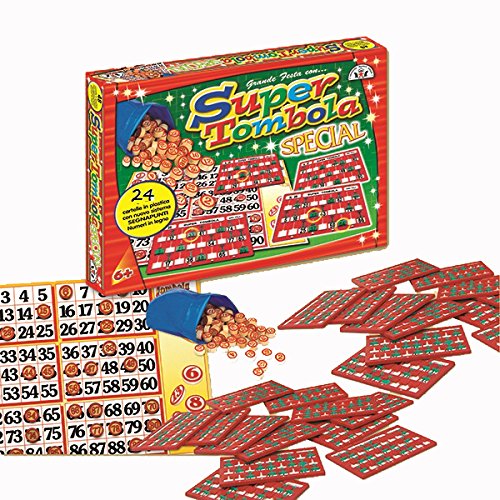 What you need to play Tombola

How to play Italian Tombola

As we said, Tombola is very similar to bingo.

Modern tombola cards are in plastic and have on the numbers small plastic slots that can be closed down when the number is called, but traditionally they were closed by beans or by pieces of tangerine peel, that you had to eat while playing.

Fix a price for each card (for example $1). The players buy some cards, and one of the players buys the “tabellone”. The money is divided into five prizes, from lowest to highest, with tombola being the jackpot:

Then the one who has the cartellone takes the numbers out of the sack, one at a time, calling them loudly (often together with its smorfia nickname to add fun) and placing them on their box in the cartellone, leaving time to the players to mark the number on their card.

When someone reach the target score, he shouts it loud: Ambo! Terno! And so on… and claims the corresponding prize.

Have fun and… stay tuned for an another Christmas story!