We arrived in Calabria! The toe of the Italian boot, where mountains and sea merge into picturesque landscape.

Christmas in Calabria, as in all of Italy, is the most awaited and felt time of the year. And every year Christmas traditions are repeated, families make the tree and the crib that accompany the whole festive period, all enlivened by songs and music of the bagpipes traveling the roads. But Christmas in Calabria has also a folkloristic flavor with magical and religious traditions. You can still find villages where time seems to stand still.

The most important feature of the Calabrian Christmas is definitely the crib. All homes have one: an act of religious devotion, but also a centuries-old tradition to which no one wants to give up. A passion firmly anchored to the principles brought forward from generation to generation. It is made with raw materials (moss, bark, stones, lime, flour, etc.) for the choreographic realization and construction of landscapes, snow-capped mountains, small houses, trails, streams. 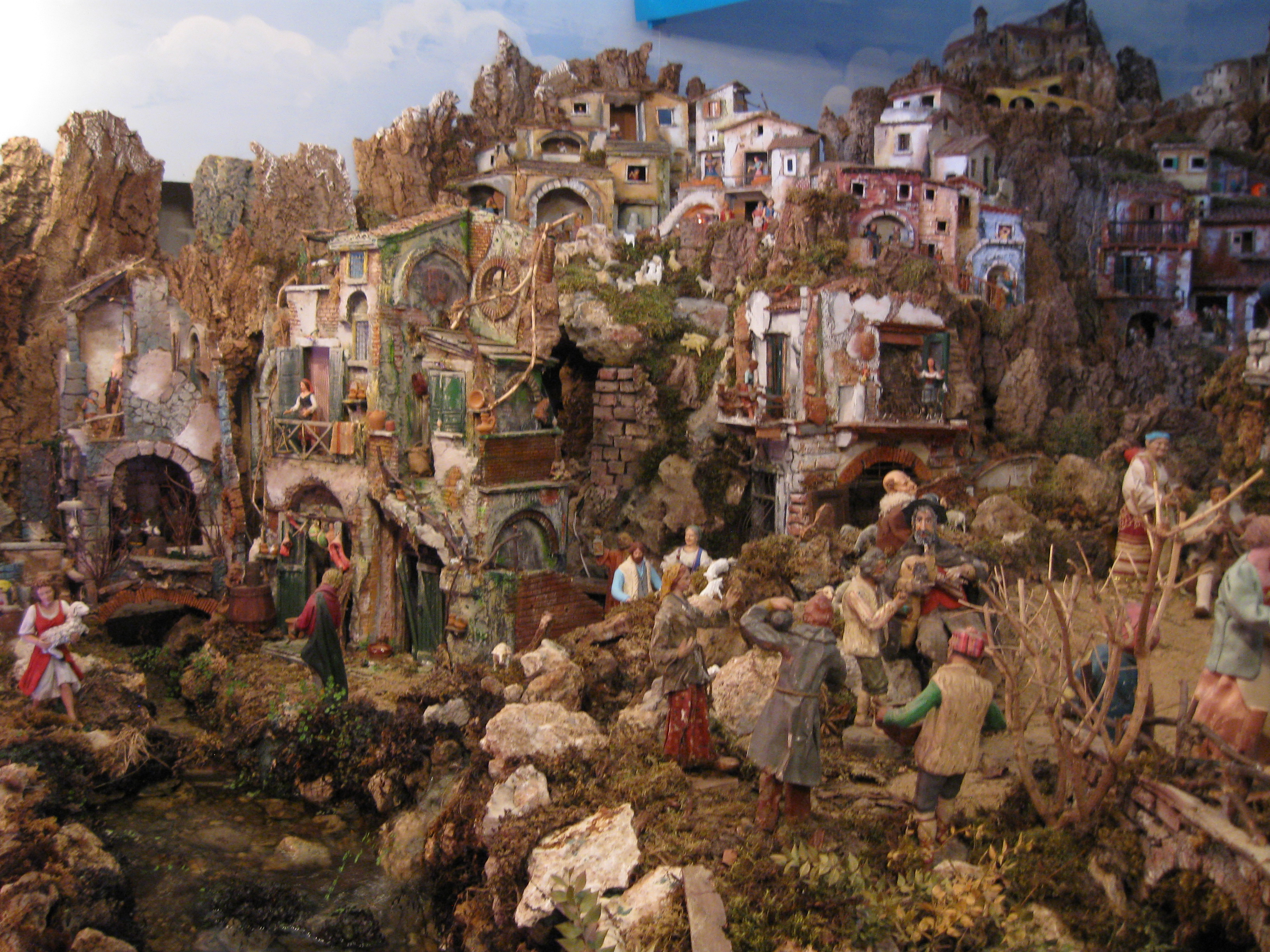 Finished their own, many collaborate to the parish one, creating sometimes very imaginative reinterpretations (like the underwater or the ice cribs) of the Nativity scene.

Particularly characteristic in this period, are the living nativity scenes, like that of Bagaladi, Jonadi, Isola Capo Rizzuto or Altomonte. The theater scene prepared for the occasion transforms ordinary citizens in improvised actors who express their contribution to the depiction of everyday life in the period of the Nativity,  impersonating shepherds and other characters.

Another deeply felt tradition is “focare” or “focarine”. Big bonfires lit on Christmas Eve around which dance and sing until dawn. In Bisignano, a huge bonfire is lit on the night of 24th December and feeded all night with wood that young people have accumulated for days. After the midnight mass the villagers gather around the focara to exchange greetings and to spend the night in the company, accompanied by folk music. Fire is the symbol of purification from original sin and is symbolically lit to burn all the bad that was in the past.

The festive atmosphere is enlivened by bagpipers. The zampogna is the traditional instrument par excellence, still made with goat skin and rods worked by skilled craftsmen, often also skilled musicians. The players run through the streets of towns, in the early morning or evening, for every day of the novena, playing the lullaby and the melodies of Christmas folk songs. The songs are the classic “pastoral” or “strine” that animate the Calabrian villages.

“Strina” is typical of Calabria tradition, although its distribution is limited to inland villages. In the past, the musicians used to go from house to house to bring the “good news” of Christ’s birth, getting paid and thanked with eggs, cheese, olive oil, wine and salami. Nowadays brigades of companions offer a serenade to relatives, friends or acquaintances to wish in dialect verse, good health, happiness and wealth. In exchange they receive food and wine gifts. The strina is usually accompanied by the sound of the ancient bronze tool used for “denting” the salt and guitars, mandolins, accordions and tambourines.

In addition to the music, tradition requires that the Christmas Eve evening table have 13 dishes. Which is thought to be linked to the thirteen apostles. The table will then be left set: even after eating, the table is left with the food still in the plates waiting that “u bomminiallu” (Baby Jesus) eats it.

Like every year, in a magical and waiting atmosphere, there are also the Christmas markets. The markets retain their authentic charm, selling handicrafts products and food and wine.

Here we end the story of this fascinating region. Let’s go then to the next stop!