And here we are in Basilicata! It is a beautiful region at the centre of Southern Italy and it is also known as Lucania. Today Christmas in Basilicata means traditions, scents, colors, parties and very good food. It is a religious holiday that always manages to keep alive rituals transmitted from father to son. Year after year the gestures are always the same, even if the ritual that is repeated with more energy is the cooking, as indeed in all Italian regions. And the table is still the place where the family comes together, where to breathe the scent of the peasant and pastoral past.

Basilicata has a long tradition of living nativity scenes. Small villages and charming old towns become enchanted scenarios as the setting and recalling the Nativity.

One of the most famous is the Living Nativity set in Matera but also in Sant’Angelo le Fratte, Muro Lucano, Filiano and in many other municipalities of the region.
Sassi of Matera, Unesco heritage, celebrate Christmas with a Living Nativity since 2010. The hearth of the holy family becomes the hearth of an entire city and a unique place. Ancient town carved into the rock recalls the original place of the Nativity for its natural shape, for the uniqueness of the landscape, for the balance between human settlement and the ecosystem and for the continuity of life from prehistory to the present. The Nativity takes place in eight scenes as a theatrical play. It refers to the Roman era: the ancient crafts of the soldiers to the vendors of various goods. While all Sassi are illuminated by a big comet. 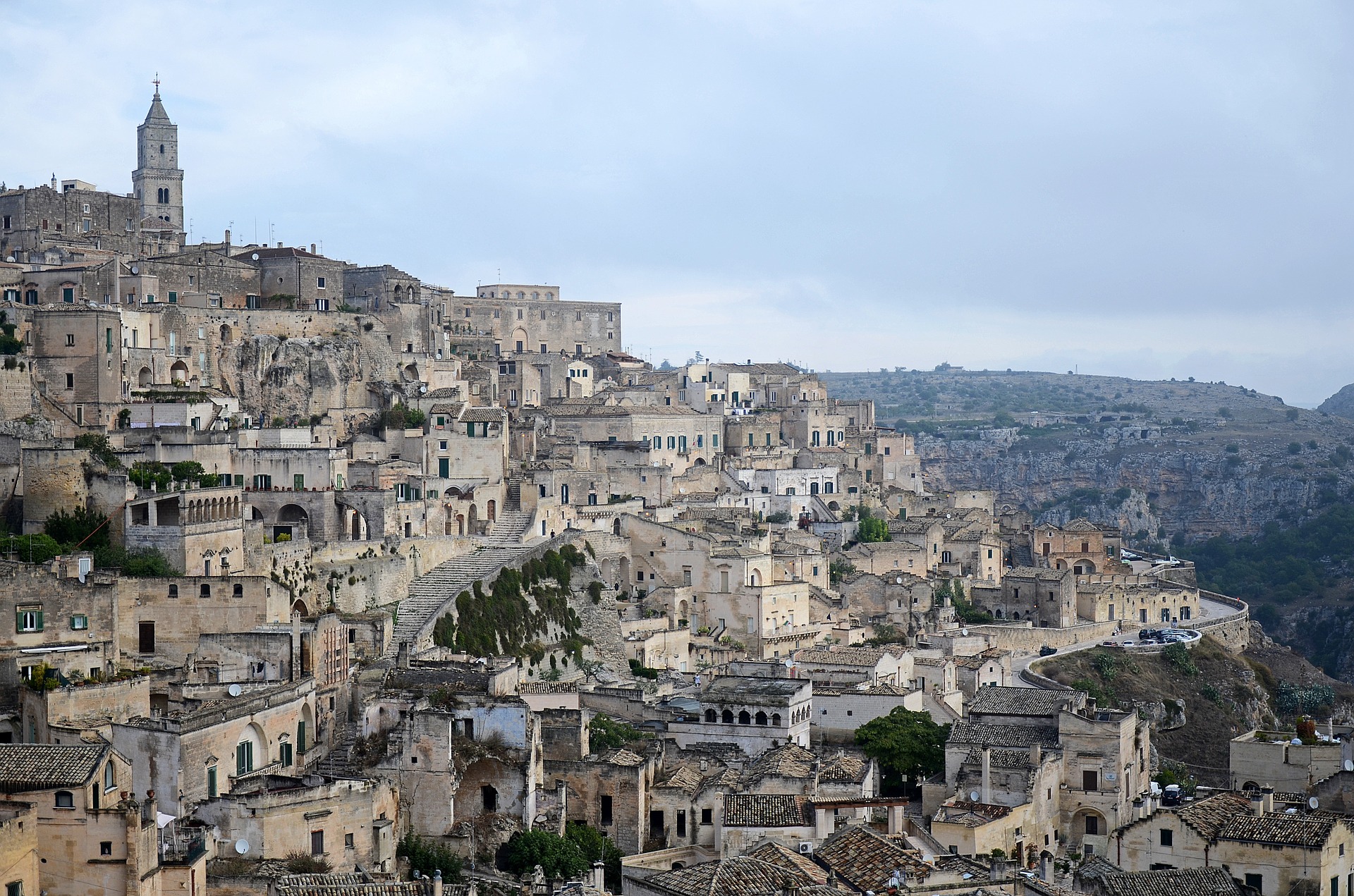 The crib art is also widespread throughout the territory, and there are many artists and artisans who create wonderful cribs using materials such as terracotta, ceramic, stone and cork.

It’s interesting a visit to Castronuovo di Sant’Andrea, the country of nativity scenes, where 15 caves of the Old Town house as many nativity. While Anzi, a small town among the highest of Basilicata, showcases the fourth largest crib in Europe.

But the Christmas season in Basilicata is also ancient traditions that continue to live guarded by local communities.

As the sound of the Christmas Novena of Terranova del Pollino, which are among the most ancient rites. The zampognari keep alive this popular musical tradition linked to the ancient peasant culture. During the nine days before Christmas the pipers walk through the center of the town at dawn. They go to church to cheer with the sound of the zampogne the ritual rosary of the morning mass.

Another old tradition is the Christmas Bonfire. A giant bonfire is lit on the day of Christmas Eve in Nemoli, to burn until the day of the Epiphany. The bonfire is fed every day and become a place to gather listening to the sound of the bagpipes. It is one of the most typical rituals, from pagan roots that were subsequently taken up and acquired by the Christian religion. Whose symbolic function is to warm the newborn baby Jesus. As the fire burns and the music creates a Christmas atmosphere you can taste typical products and wine.

A curious event that ends the holiday season is the night of Cucibocca in Montescaglioso. The Cucibocca are the central characters of a tradition rich of symbolism that takes place every year on the night before Epiphany. A unique tradition in Italy whose origin is obscure.

The Cucibocca are mysterious figures dressed in dark: cape, old coats, a hat or a hemp mill disc on his head and with faces covered by bushy white beards. A broken chain is linked to the foot. The dull sound of the chain crawling on the pavement announces their passage, they knock doors asking offers. The procession parades in silence at night, while people run at home leaving the offer outside, food and water to quench the parched souls from the flames. The mysterious procession of Cucibocca seems a remake of the procession of the souls in Purgatory. They carry a basket with a lamp and a long needle threatening to sew the mouths of children. When Cucibocca disappear in the dark of night the kids are in bed, waiting for the Befana to fill the stockings with toys and sweets. 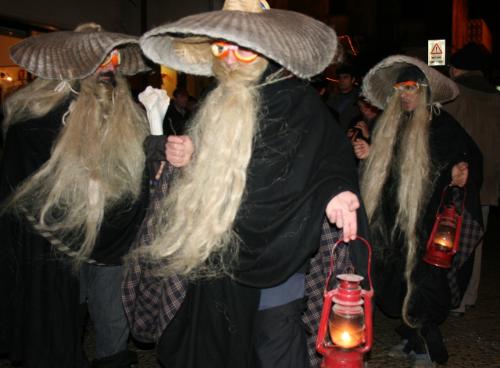 What a fascinating region, but let’s start again our journey and see you at the next stop!